Mahindra and Mahindra (M&M)Limited, Indian multinational automobile company has unveiled the new global identity in the form a refreshed logo. The unveiling ceremony was held on 18th January 2013. The company's objective is to become one of the top 50 most admired global brands within a decade. Mahindra is a USD 15.9 billion multi national group with headquarters in Mumbai, India.

While commending on the new brand identity, Anand Mahindra, the Chairman of Mahindra Group said, “The Mahindra Group has grown exponentially over the past decade, with businesses covering a wide range of industries. Hence, we felt the need to refresh our visual identity to better reflect a Mahindra that has evolved over the years and is ready to take on future challenges. 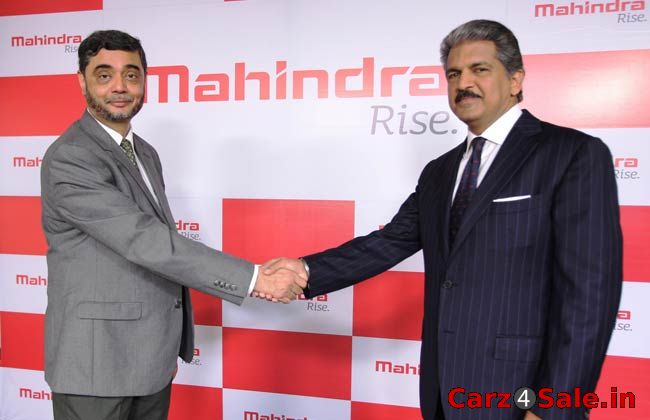 “Continuity and change have both been integral parts of Mahindra’s growth story. Continuity has given us strength, stability and roots, while our desire for change has driven our growth and enabled us to thrive. Our new word mark clearly reflects both these attributes and is in sync with our Group aspiration which is to become one of the top 50 most admired global brands within a decade,” added Anand Mahindra.

When the history on Mahindra & Mahindra is concerned, it is the largest vehicle manufacturer by production in the Republic India. M&M is a part of Mahindra Group. The company was founded in 1945 in Ludhiana as Mahindra & Mohammed(by brothers K.C. Mahindra and J.C Mahindra and Malik Ghulam Mohammed). After India gained independence and Pakistan is formed, Mohammed emigrated to Pakistan. So in 1948 company changed its name to Mahindra & Mahindra.

In January 2011, the company launched new brand called 'Mahindra Rise' and 'Spark the Rise' in August 2011. The objective of Mahindra Rise was to to unify Mahindra's image across industries and geographies. The new millennium logo had organized (M in an elliptical shape) by Anand Mahindra. The millennium logo will be continue to be used, but only in mobility products.

While the previous word mark of Mahindra was black in color. The new hand-drawn word mark is a dark shade of red which retains Mahindra's existing brand attributes such as its reliability, solidity, warmth, trustworthiness and caring nature as well as its new brand attributes named as 'global', 'technology savvy', 'modern' and 'progressive'.

The new hand-drawn logo looks sharp and contemporary and it stands for companies both current and future business operations. A very specific graphic element,”Ridge” is added to the design which is inspired by Mount Everest's summit and it's symbolic of the group's desire to reach the very top. Moreover different color combinations distinguish between various business divisions of the Mahindra Group. Corporate and mobility businesses will be all red in color, B2B businesses will be red-grey combination and B2C businesses will have different color combinations. 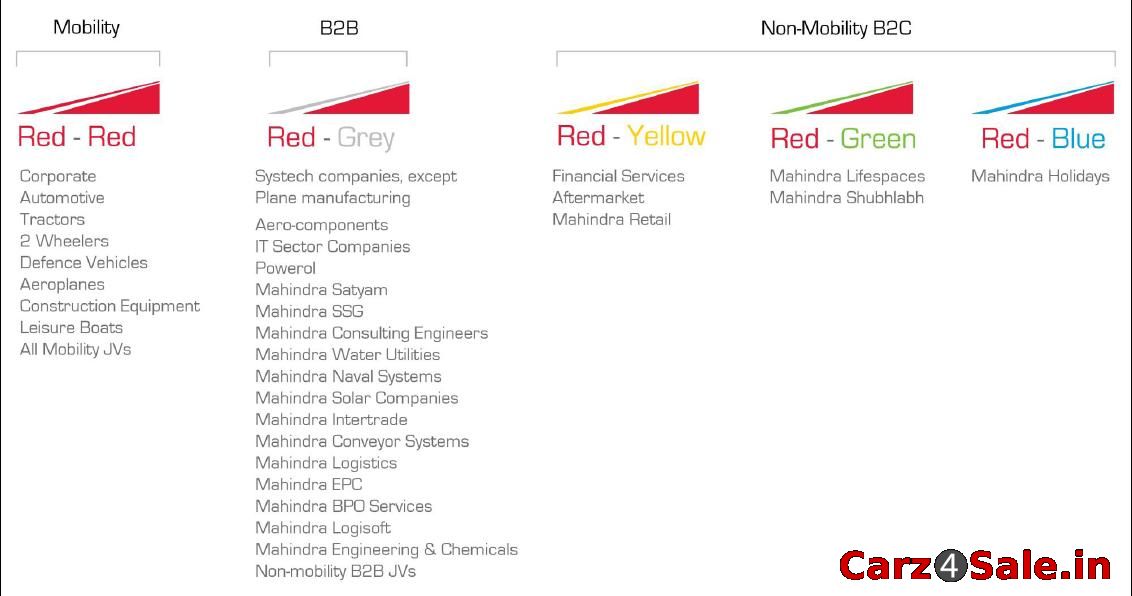 S.P. Shukla, Mahindra Group President(Group Strategy and Chief Brand Officer) and Member of the Group Executive Board said,“The new word mark and other elements of our refreshed visual identity have been adopted after extensive research and feedback. We wanted a word mark which would reflect the evolving nature of our organization, our global outlook and progressive management style.”

“The new word mark should reflect the ‘core’ of Mahindra. We also had to ensure that it would have universal appeal across consumer and business segments in urban and rural areas, as well as overseas. We have tried to create a modern futuristic feel, while retaining the dependability, reliability and warmth associated with the Mahindra brand,” Shukla added.

The company employs more than 1,55,000 people with operations in over 100 countries across the globe. Moreover the company have a growing presence in aerospace, aftermarket, components, consulting services, defense, energy, financial services, logistics, real estate, retail and two wheelers.
Written by Prajisha Chandran.
Last updated on 22-01-2013. Published on 22-01-2013. 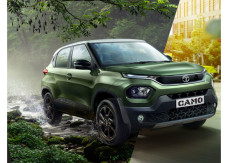