As the old adage goes penny saved is a penny earned, everyone who is visiting the fuel pumps would have always felt the pinch due to price disparity between petrol and diesel.

The sky rocketing prices of fuel in addition to frequent fuel revisions have been prompting prospective car buyers to take a look at buying a diesel car as an option as against a petrol car, as diesel cars deliver good fuel economy; at least 25 to 30 per cent greater than the vehicles with petrol engines; using less fuel and visiting fuel pump less frequent; implying moolahs will stay in your wallet for longer time, say until the month end. That should bring some smile on your face, you see.

More surprisingly modern day diesel engines are not alone frugal solutions they are comparatively peppy to drive as against the petrol guzzlers. Besides, they are known for great towing capacity; they can carry loads uphill without much ado and that is why the trucks or heavy vehicles come with diesel run engines.

Let's first see the advantages of having a diesel car as compared to a petrol version:

The density of diesel is 850 g/L and that of petrol is about 730 g/L; in view of this diesel gives out little more energy than the petrol. See this now: Diesel engine gives out approximately 40.9 MJ of energy for one liter and petrol delivers energy of 34.8 MJ/L.

Simply put, diesel engines give more energy and so they outscore petrol engines in being more fuel efficient.

Due to being fuel efficient the diesel fueled engines emit lower CO2 per kilometer than their petrol counterparts.

Don't take the advantages alone; don't weigh your option without knowing the demerits of diesel-fuelled engines:

The engines are also heavier which kind of result in quick wear of the tyres.

Diesel engines spew more particulate emissions than the petrol engines - these emissions include soot particles, oxides of nitrogen which can contribute to the smog of the neighborhood.

You have to strictly adhere to manufacturer's schedule of oil changes and they are far more frequent than in petrol engines - say every 5000 km instead of 15 - 20,000 unlike the petrol engines.

Diesel cars are always noisier than petrol cars (no matter how modern technology has resulted in low noise outputs from diesel engines, one can still find the difference).

So the merits and the demerits boil down to these to help choose diesel or petrol cars:

And if you should be commuting long distances every day say about and have plans to use/own the car for more than 5-6 years time - you are willing to spend on frequent oil changes and thereof that are essential for the diesel car (take it as Rs. 2 for every kilometer run) then you can actually get every penny invested from the fuel efficient and also the never-say-die diesel engines.

So do your maths before you give a nod for a diesel car. Who knows? One fine day you may well be surprised to see that both the fuels costing almost the same.

With that being said, do not assume you have plenty of choice in buying a diesel car; for all car models will not have their respective diesel versions and you may have to compromise on the model.

Published by Carz4Sale in category Tips
Latest Comments. Share Your Opinion
I run the car for 900 Km per month. Now I am willing to buy VolksWagon POLO. So should I go for a Diesel car or a Petrol car???? I trust on u a lot, so eagerly waiting for youe reply.....
By Anshu Agrawal on 16-08-2012
Trending New Cars!!! 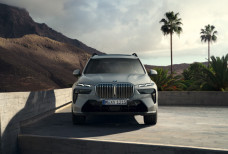